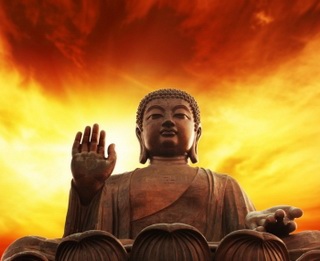 The Buddha’s Teaching is based on the Four Noble Truths. To realize these Truths is to realize and penetrate into the true nature of existence, including the full knowledge of oneself. When we recognize that all phenomenal things are transitory, are subject to suffering and are void of any essential reality, we will be convinced that true and enduring happiness cannot be found in material possessions and worldly achievement, that true happiness must be sought only through mental purity and the cultivation of wisdom.

What are the Four Noble Truths?

They are as follows:

1. The First Noble Truth
All beings, human and otherwise, are afflicted with all sorts of disappointments, sadness, discomfort, anxiety etc. In short they are subject to suffering.

2. The Second Noble Truth
The cause of this suffering is craving, born of the illusion of a “soul”.

3. The Third Noble Truth
Suffering has a final end in the experience of Enlightenment (Nirvana), which is the complete destruction of delusion and the consequent ending of craving and ill will.

4. The Fourth Noble Truth
This peaceful and blissful Enlightenment is achieved through a gradual training, a path called the Middle Way, or the Eightfold Path.

It would be mistaken to label this teaching as “pessimistic” on the grounds that it begins by focusing on suffering. Rather, Buddhism is “realistic” in that it unflinchingly faces up to the truth of life’s many sufferings, and it is “optimistic” in that it shows a final end to the problem: Nirvana’s Enlightenment in this very life! Those who have achieved this ultimate peace are inspiring examples that demonstrate that Buddhism is a path to true happiness.

“Walking upon this path you will make an end of suffering. Having discovered how to pull out the thorn of lust, I make known the path. ~ Dhammapada 275”

If we wish to cure ourselves from suffering, we must first identify its cause. According to the Buddha, craving or desire is the cause of our suffering. This is the Second Noble Truth. People crave for pleasant experiences, crave for material things, crave for eternal life, and when disappointed, crave for eternal death. They are not only attached to sensual pleasures, wealth and power, but also to ideas, views, opinions, concepts, beliefs. And craving is linked to ignorance, that is, not seeing things as they really are, or failing to understand the reality of experience and life. Under the delusion of his ego, a person clings to things which are impermanent, changeable, perishable. The failure to satisfy one’s desires through these things causes disappointments and suffering. 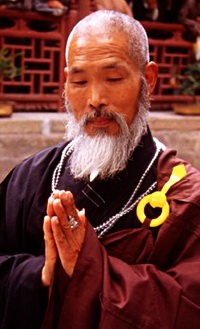 Craving is a fire which burns in all beings: every activity is motivated by desire. They range from the simple physical desire of animals to the complex and often artificially stimulated desires of the civilized man. To satisfy desire, animals prey upon one another, and human beings fight, kill, cheat, lie and perform various forms of unwholesome deeds. Craving is a powerful mental force present in all forms of life, and is the chief cause of the ills in life. It is this craving that leads to repeated births in the cycle of existence.

Once we have realized the cause of suffering, we are in the position to put an end to suffering. So, how do we put an end to suffering? Eliminate it at its root by the removal of craving in the mind. This is the Third Noble Truth. The state where craving ceases is known as Nirvana. This is a state which is free from suffering and rounds of rebirth. This is a state which is not subjected to the laws of birth, decay and death. This sublime state is described as the Unborn, Unoriginated, Uncreated, Unformed. It is a state is beyond our normal concepts and experience.

The Noble Eightfold Path is the Fourth Noble Truth which leads to Nibbana. It is a way of life consisting of eight factors. By walking on this Path, we will see an end to suffering. Because Buddhism is a logical and consistent teaching embracing every aspect of life, this noble Path also serves as the finest possible system for leading a happy life. Its practice brings benefits to oneself and others.