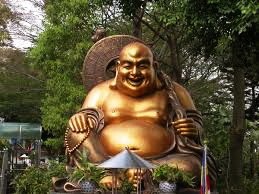 Similarly, human beings are composed of mind and matter. Matter, or our physical bodies, are comprised of solids, liquids and gas. It is a very complex structure developed over a long process of evolution but is by no means perfect as it is subject to aging; it is fragile and is subject to all kinds of diseases and illnesses. The Buddha taught that our mind is also comprised of several components such as consciousness, memory, feelings and mental constructs. However, when all these are working together we think that we exist separately and independently in the same way we viewed the computer above. This gives rise to the illusion of a “soul” which manifests as the “ego”. All of mankind is deluded by this illusion within us. This is a unique insight taught by the Buddha and its understanding frees us from the selfish, self-centered demands issued by our ego.

Indeed, the illusion of a “soul” is said by the Buddha to be the root cause of all human suffering. The natural, unstoppable function of the ego is to control. Big egos want to control the world, average egos try to control their immediate surroundings of home, family and work place, and all egos strive to control what they take to be their own body and mind. Such control manifests as desire and aversion, and it results in a lack of both inner peace and outer harmony. It is this ego that seeks to acquire possessions, manipulate others and exploit the environment. Its aim is its own happiness but it invariably produces suffering. It craves for satisfaction but experiences discontent. Such deep-rooted suffering cannot come to an end until one sees, through insight based on deep and powerful meditation, that the idea of “me and mine” is no more than a mirage.

Even though many religions speak of a permanent unchanging soul, giving the matter deeper thought will indicate that this theory is highly unlikely. What can the soul be made of? If the so-called soul is able to enjoy the pleasures of the senses in a heaven, then it’ll be required to be made of some form of matter. And we know that matter can be destroyed, one way or another. If the soul is not matter but some form of energy, then again it can be captured and manipulated. In any case, there has not been a shred of evidence of such a thing as a soul.

Yet rebirth still occurs without a “soul”. Consider this simile: on a Buddhist shrine a candle is burnt low and is about to go out. A monk takes a new candle and lights it from the old one. The old candle goes out but the new candle burns bright. What went across from the old candle to the new? There was a cause and an effect, a link but no “thing” went across! In the same way, there was a causal link between your previous life and your present life, but no “soul” went across. If you wish to understand further the phenomenon of Rebirth, go here.