Do Buddhist believe in a Creator-God?

Buddhists believe that there are beings that inhabit the various celestial realms. These are variously called angels, spirits, gods and devas by various cultures. But do Buddhists believe that a God created everything and manipulate human lives? No, we do not. There are several reasons for this. Modern sociologists and psychologists, believed that religious ideas and especially the Creator-God idea have their origin in fear. The Buddha says: 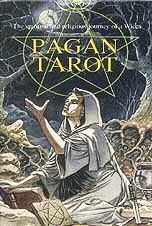 Primitive man found himself in a dangerous and hostile world, the fear of wild animals, of not being able to find enough food, of injury or disease, and of natural phenomena like thunder, lightning and volcanoes was constantly with him. Finding no security, he created the idea of a God that gives him comfort in good times, courage in times of danger and consolation when things went wrong. To this day, you will notice that people become more religious at times of crises, you will hear them say that the belief in a God gives them the strength they need to deal with life. You will hear them explain that they believe in a particular God because they prayed in time of need and their prayer was answered. All this supports the Buddha’s teaching that the God-idea is a response to fear and frustration. The Buddha taught us to try to understand our fears, to lessen our desires and to calmly and courageously accept the things we cannot change. He replaced fear, not with irrational belief but with rational understanding.

The second reason the Buddhists do not believe in a Creator-God is because there does not seem to be any evidence to support this idea. There are numerous religions, all claiming that they alone have God’s words preserved in their holy book, that they alone understand God’s nature, that their God exists and that the Gods of other religions do not. Some claim that God is masculine, some that she is feminine and others that it is neuter. They are all satisfied that there is ample evidence to prove the existence of their God but they laugh in disbelief at the evidence other religions use to prove the existence of another God. For centuries, men have prayed to God for protection from war, from natural calamities and disease. Yet till today, these prayers remain unanswered. This is not surprising. Even less surprising is that so many different religions having spent so many centuries trying to prove the existence of their God there remains no real, substantial or irrefutable evidence.

The third reason the Buddhists do not believe in a Creator-God is that the belief is not necessary. Some claim that the belief in a God is necessary in order to explain the origin on the universe. But this is not so. Science has very convincingly explained how the universe came into being without having to introduce the God-idea. Some claim that belief in God is necessary to have a happy, meaningful life. Again we can see that this is not so. There are millions of atheists and free-thinkers, not to mention many Buddhists, who live useful, happy and meaningful lives without belief in a God. Some claim that belief in God’s power is necessary because humans, being weak, do not have the strength to help themselves. Once again, the evidence indicates the opposite. One often hears of people who have overcome great disabilities and handicaps, enormous odds and difficulties, through their own inner resources, through their own efforts and without belief in a God. Some claim that God is necessary in order to give man salvation. But this argument only holds good if you accept the theological concept of salvation and there is no reason nor any other reasonable basis to accept such a concept. Based on his own experience, the Buddha saw that each human being had the capacity to purify the mind, develop infinite love and compassion and perfect understanding. He shifted attention from the heavens to the heart and encouraged us to find solutions to our problems through self-understanding.

“He who has eyes can see the sickening sight, Why does not God set his creatures right?
If his wide power no limit can restrain, Why is his hand so rarely spread to bless?
Why are his creatures all condemned to pain? Why does he not to all give happiness?
Why do fraud, lies, and ignorance prevail? Why triumphs falsehood — truth and justice fail?
I count your God one among the unjust , who made a world in which to shelter wrong.” ~ Bhuridatta Jataka”

But so many people believe in some form of a Creator, it must be true.

Not so. There was a time when everyone believed that the world was flat, but they were all wrong. The number of people who believe in an idea is no measure of the truth or falsehood of that idea. The only way we can tell whether an idea is true or not is by looking at the facts and examining the evidence. If people continue to believe in God, they do so through faith, and faith is simply holding on to a belief when reason, logic and the evidence says otherwise.

So if Buddhists don’t believe in God, what do you believe in?

Each human being is precious and important, as all have the potential to develop the qualities of a Buddha a perfected human being. Human beings can outgrow ignorance and irrationality and see things as they really are. Hatred, anger, spite and jealousy can be replaced by love, patience, generosity and kindness. All this is within the grasp of each person if they make the effort, are guided and supported by fellow Buddhists and inspired by the example of the Buddha.

So if Buddhists do not believe in God, is it an atheistic religion?

Buddhism is an atheistic religion only because it rejects the theistic and primitive concept of a Creator-God. The idea of God as a bearded old man looking down at us from the heavens and manipulating humans like in a puppet show appears ridiculous. Instead, Buddhists have as their highest ideal the state of Nirvana. The Buddha calls it the highest bliss. It is a state beyond all conceptual thought and is described by the Buddha as the Unborn, the Uncreated.

Buddhism teaches that the focus of our attention should not be an imaginary God and pointless speculation about what such a God did in the past and what he will do in the future. Instead, Buddhism is immensely more pragmatic. It teaches to focus our attention on ourselves, – to determine what is the cause of our sorrows and pain and to find a way to liberate ourselves from these. These teachings are encapsulated in the Four Noble Truths.