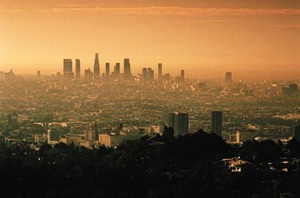 Do Buddhists believe that the end of the world will happen? The answer is Yes, but not in the way many people understand it. Whenever people talk of “The End of the World“, there is usually fear and anxiety. For the Buddhist, it is a cause for concern but certainly not for fear.

The Buddha taught that nothing in this world or even the world itself is permanent. All existence, including the universe, the planets, life, civilisations are subject to constant change. We can see this as truth in our observations of everyday life and our knowledge of history, geography and the sciences. Nothing stays the same; not our lovers, our society, civilisations, the crust of this planet, absolutely nothing; not even ourselves, as we change from moment to moment and day to day. So why should we expect life on this planet to remain forever? The Buddha has predicted that our planet too will one day break apart and fall back into the swirl of the cosmos.

Many of the evidence that people may cite as indications of the ending of the world is erroneous. There have been many terrible events in the history of mankind. Diseases like the Great Plague, the great world wars, natural catastrophes like volcanoes, earthquakes and tsunamis have all at one time or another been cited as evidence of the coming end of the world. But these are short sighted. Events like these have come and gone. And with the increased world population, we can expect large numbers of unfortunate victims. They happen often enough throughout much of human history and will continue to occur with regularity.

The world may come to an end, but it does not happen overnight in the manner taught by many religions. According to Buddhism, the end comes about slowly with small changes taking place every moment, every minute. Even in our relatively short lives, we see the truth in this. Already, the climate is changing, animals are facing extinction and the world’s resources are drying up. Eventually, we will see the last great whale, the last elephant, the last oak tree. And this is how the world, as we know it, will come to an end. Although this is inevitable, this event need not necessarily have to take place anytime soon. 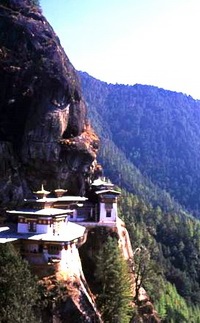 We are responsible for the end of the world!

The Buddha taught that these phenomena are not the result of the will of god but to a large extent are within our control. Unfortunately, many of our civilizations have developed on the foundation of theistic religions. The holy books of these religions generally teach that the Earth was created for the benefit and pleasure of man. “God will provide”. Indeed, even today, many people cling on to the superstitious belief that their God has put the Earth, its animals and resources for man’s use. Thus, down through the ages, man have misused and abused the resources of our planet. Such beliefs have fuelled consumerism and the exploitative use of the Earth’s resources. Now that the problem is evident, such people are again relying on God to solve the Earth’s problems, by praying to an invisible, non-existing entity, instead of taking responsibility for our actions. It is this ignorance and irresponsibility that is the cause of the failing health of our planet. The fate of the world really rests in out hands, not in the will of an imaginary God. Just as man is responsible for the sorry condition of our world, man has the ability to restore it to health.

The Buddha said that all actions have consequences and that we are responsible for our actions. This is the law of karma. By understanding this law and living according to it, we can change the world for the better. Buddhists believe that everything in this world is inter-related. Not only do our actions have consequences on ourselves, it affects the lives of every other living being. The felling of forests in one part of the world might cause the drying up of rivers in another country. Pollution produced by one country might lead to floods in another.

Buddhists are also aware of the truth of rebirth and understand how all living beings have minds that are similar to ours. All sentient beings are reborn over and over again in various existences. Indeed, the various people we meet and the animals we encounter; all have had some relationship to us in our many, many past lives. Thus Buddhists have great empathy and compassion for all living creatures and try to avoid destroying life and the habitats of animals.

Thus the end of the world may one day occur, but Buddhists realise that this is not willed by a God or any other mythical agency but is the result of the collective actions of mankind. However, Buddhists in their wisdom realise that their personal end will arrive one day in the form of death. This reality is equally important and requires our immediate attention. If one does not fear death, then what reason is there to fear an “end of the world” scenario? If we understand death and what happens when we die, there is no need to harbour any fear as we can properly prepare for this eventuality.