Today we live in a scientific age in which almost every aspect of our lives has been affected by science. Since the scientific revolution during the seventeenth century, science has continued to exert tremendous influence on what we think and do.

The impact of science has been particularly strong on traditional religious beliefs. Many fundamental religious concepts are crumbling under the pressure of modern science and are no longer acceptable to the intellectual and the well-informed man. No longer is it possible to assert truth derived merely through theological speculations or based on the authority of religious scriptures. For example, the findings of modern psychologists indicate that the human mind, like the physical body, work according to natural laws without the presence of an unchanging soul as taught by some religions. 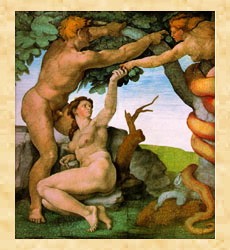 Some religionists choose to disregard scientific discoveries which conflict with their religious dogmas. They choose to cling on to theories that grow increasingly ridiculous while insisting that it is scientific discoveries that are wrong. In the light of modern scientific discoveries, it is not difficult to understand that many of the views held in many religions regarding the universe and life are merely tribal myths and cultural traditions passed down through the generations but which have now been superseded and made redundant. It is generally true to say that religions have greatly contributed to human development and progress. They have laid down values and standards and formulated principles to guide human life. But for all the good they have done, religions can no longer relevant in the modern, scientific age if the followers insist on burying the truth, or encouraging ceremonies and practices which have been depleted of their meaning.

Until the beginning of the last century, Buddhism was confined to countries untouched by modern science. Nevertheless, from its very beginning, the Teachings of the Buddha or the Dhamma were always open to scientific thinking.

One reason why the Dhamma can easily be embraced by the scientific spirit is that the Buddha never encouraged rigid, dogmatic belief. He did not claim to base His Teachings on faith, belief, or divine revelation, but allowed great flexibility and freedom of thought.

The second reason is that the scientific spirit can itself be found in the Buddha’s approach to spiritual Truth. The Buddha’s method for discovering and testing spiritual Truth is very similar to that of the scientist. A scientist observes the external world objectively, and would only establish a scientific theory after conducting many successful practical experiments. 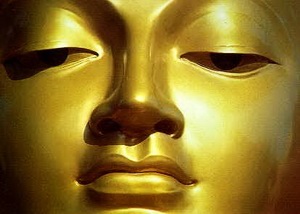 Using a similar approach 26 centuries ago, the Buddha observed the reality with detachment, and encouraged his disciples not to accept any teaching until they had critically investigated and personally verified its truth. Just as the experiment of a scientist can be repeated by others, the Buddha’s experience of Enlightenment ca also be repeated by others following his instructions. Thus, in his approach to Truth, the Buddha was as analytical as the present day scientist. He established a practical, scientifically worked-out method for reaching the experience of Enlightenment.

Thus it is not a surprise that we cannot find in the Dhamma, a single doctrine that is in conflict with the discoveries of modern science. Buddhists have no problem believing that the universe is billions of years old, or that there were such things as dinosaurs and in evolution. Indeed, there is much common ground between them especially in the areas of physics and psychology; one concerns the workings of the universe and the other the workings of the mind.

Albert Einstein has this to say about Buddhism — “The religion of the future will be a cosmic religion. It should transcend a personal God and avoid dogmas and theology. Covering both natural and spiritual, it should be based on a religious sense arising from the experience of all things, natural and spiritual and a meaningful unity. Buddhism answers this description. If there is any religion that would cope with modern scientific needs, it would be Buddhism.”

Therefore, follow the Noble One, who is steadfast, wise, learned, dutiful and devout. One should follow only such a man, who is truly good and discerning, even as the moon follows the path of the stars. ~ Dhammapada 208