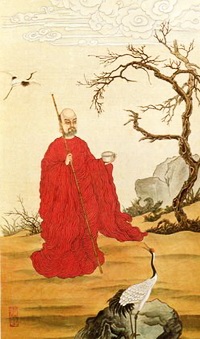 If a wicked man can become a pure religious man, this according to Buddhism, is a practical miracle.

In every religion we hear of miracles being performed by either the founders of these religious or by some of their disciples. In the case of the Buddha, he performed what people would call miracles on the day of his birth until his passing away into Nirvana. The psychic powers (so-called miraculous powers in other religions) of the Buddha were attained through his long and intense training in meditation. The Buddha meditated and passed through the highest stages of meditation that culminated in Enlightenment. Among his many abilities were the power to levitate, to multiply his body, to read the minds of others, to pass through solid rock and such. These abilities were performed during many episodes of his life and were considered common events by his disciples and those who encountered him. The Buddha taught that such powers can be acquired through training in meditation. They are not considered miracles by those who understand them and they fall within the ability of any person who trains his mind through meditation and mental concentration to very high levels.

Once a man named Kevatta went up to the Buddha, paid homage, and said, “Lord, Nalanda is a successful city. The people living in Nalanda are prosperous, and they have confidence in the Blessed One. Lord, it would be good if the Blessed One appointed a monk to work a marvel of supernormal power, so that the people of Nalanda might become much more confident in the Blessed One.”

The Buddha replied, “Kevatta, I do not teach the Law to monks in that way”. The Buddha gave the same reply when the question was put to him the second and third time. After the third question, the Buddha replied that there were three kinds of supernormal levels:

He taught that a monk who displays the first two supernormal powers for their own sake in order to impress people, is no different from the performance of a shaman or a magician. The Buddha said that a monk who practices such worldly miracles is a source of shame, humiliation and disgust. This is because such actions may impress and win converts and followers, but they do not help them put an end to their suffering.

“Furthermore, there is the case where a Tathagata appears in the world, worthy and rightly self-awakened. He teaches the Dhamma admirable in its beginning, admirable in its middle, admirable in its end. He proclaims the holy life both in its particulars and in its essence, entirely perfect, surpassingly pure. ~ Kevatta Sutta”

Another story illustrates the Buddha’s attitude towards miraculous powers. One day the Buddha met an ascetic who sat by the bank of a river. This ascetic had practised austerities for 25 years. The Buddha asked him what he had received for all his labour. The ascetic proudly replied that, finally, he could cross the river by walking on the water. The Buddha pointed out that this gain was insignificant for all the years of labour, since he could cross the river using a ferry for one penny.

When the uneducated, the unsophisticated and the naive see the performance of miracles, their faith and incredulity deepens. The converts who are attracted to a religion through witnessing these powers embrace a faith, not because they realize the truth or gain in wisdom, but because they are either frightened or impressed by matters they do not understand. In contrast, the Buddha appealed to the reasoning power of people to consider his teachings. This is best illustrated in the Kalama Sutta.

It is possible and even quite common for a person to gain psychic abilities without gaining any wisdom. The Buddha teaches that if we first gain spiritual power, then we can easily develop the miraculous or psychic powers too. But if we develop psychic abilities without spiritual development, then we are in danger. Because of man’s ego it is easy for him to misuse this power for worldly gain, to impress others and for other selfish purposes. Indeed, many people who have obtained some psychic abilities have merely succumbed to their ego and vanity.