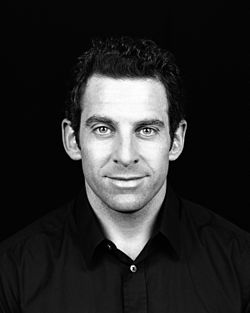 Author Sam Harris argues that in the presence of weapons of mass destruction, we can no longer expect to survive our religious differences indefinitely. Most controversially, he maintains that “moderation” in religion poses considerable dangers of its own: as the accommodation we have made to religious faith in our society now blinds us to the role that faith plays in perpetuating human conflict. While warning against the encroachment of organized religion into world politics, Harris draws on insights from neuroscience, philosophy, and Eastern mysticism in an attempt to provide a truly modern foundation for our ethics and our search for spiritual experience. This interview is an extract from his website.

In your book you seem to argue for a kind of religious intolerance. Do you mean to suggest that we need not respect a person’s religious beliefs?

Yes. Our history of religious conflict had led us to be very cautious about criticizing the religious beliefs of others. We are right to be wary of religious intolerance, but it is time we recognized that our religious identities have themselves become an increasingly potent source of human conflict.  The notion that God wrote one or another book has always been a source of dangerous and unnecessary divisions in our world.  Given the spread of modern weapons and other disruptive technology, these divisions are fast becoming antithetical to civilization itself.

Notice that no one is ever faulted in our culture for not “respecting” another person’s beliefs about mathematics or history.  When people have reasons for what they believe, we consider those reasons, and when they are good, we find ourselves believing likewise. When they have no reasons, or bad ones, we dismiss their beliefs as a symptom of ignorance, delusion, or stupidity.  Except on matters of religion.

Only in so far as we treat it differently We have been lulled into ignoring just how strange and insupportable many of our religious beliefs are.  How comforting would it be to hear the President of the United States assure us that almighty Zeus is on our side in our war on terrorism?  The mere change of a single word in his speech “from God to Zeus” would precipitate a national emergency.  If I believe that Christ was born of a virgin, resurrected bodily after death, and is now literally transformed into a wafer at the Mass, I can still function as a respected member of society.  I can believe these propositions because millions of others believe them, and we have all been taught to overlook how irrational this picture of reality is. If, on the other hand, I wake up tomorrow morning believing that God is communicating with me through my hairdryer, I’ll be considered a nut, even in church. The beliefs themselves are more or less on a par-in so far as they are in flagrant violation of the most basic principles of reason. The perversity of religion is that it allows sane people to believe the unbelievable en masse. 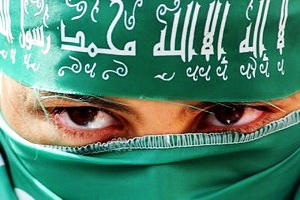 And what is the link, as you see it, between religion and violence?

It’s quite simple and direct. And inevitable. If you truly believe that your neighbor is going to hell for his unbelief, and you believe that his ideas about the world are putting the souls of your children in peril, it is quite sensible to drive him from your community, or kill him. Religion, by promising an eternity of supernatural rewards and punishments, raises the stakes enormously. Which is worse, a child molester or a heretic? If you really believe that the heretic can endanger your child for all time, there’s simply no contest.

Doesn’t the fact that no one is being killed for his religious beliefs in our country suggest that religion, in a democracy, can become a benign and even ennobling social force?

It only suggests that we have come to our senses on so many fronts that killing people for heresy – when you need these people to collaborate with, to sell your goods to, to employ, etc – is no longer an option.  This does not mean, however, that no one is dying on account of American-style religion.

Consider the fact that we have allocated a third of our budget for AIDS prevention in the developing world to the teaching of abstinence. Rather than provide as many condoms as possible, we have elected to spend millions of dollars on a program of bogus and ineffectual moral instruction. This is catastrophically stupid. Given that millions of people could be infected with AIDS unnecessarily, this is an example of Christian morality literally herding people into mass graves. Inadvertently, perhaps – but innocent people will die all the same.

Yes, but their indulgence of religious faith perpetuates an attachment to religious texts and to religious identities that, in turn, perpetuate human conflict.  Religious moderates may ignore or overlook the more barbaric passages in their religious books, but by venerating the books in general, they leave us powerless to really oppose the belief systems of fundamentalists.  And because moderates tend to ignore the most lunatic parts of scripture, they lose touch with how dangerous these books are when taken literally.  In fact, they have trouble believing that anyone does still take these books literally, and so they tend not to recognize the role that faith plays in inspiring human violence. Religious moderates are blinded by their own moderation. When college-educated jihadists stare into a video camera and declare that “we love death more than the infidels love life”, and then blow themselves up along with dozens of innocent bystanders, religious moderates rack their brains wondering what motivated these killers to do what they did. The respect that moderates accord to religious faith has blinded them to the fact that the atrocities of September 11th were a religious exercise.

What would you say to someone who has had a profound religious experience and simply knows that there is a God?

I would have to know the details of the religious experience.  Such experiences rarely suggest anything at all about the structure of the universe. What they do prove, beyond any possibility of doubt, is that it is possible to have extraordinary experiences. We have to realize that there is no conflict between spiritual experience and reason. The conflict is between reason and those who make unreasonable claims to knowledge on the basis of such experiences or worse, on the basis of books that recount the experiences of men who have been dead for centuries. Spiritual experience is arguably the most important human pursuit. But nothing needs to be taken on faith for us to pursue it.

You seem to have focused on all that is wrong with religion and overlooked all that is right with it. Religion has inspired some of the greatest art, architecture, moral teachings, and humanitarian acts.

The fact that people do wonderful things in the name of faith does not suggest that these things are best done in the name of faith.  There is nothing to suggest that similar acts of beauty would not occur in the absence of religious dogmatism. There are very good reasons “which is to say justifiable, rational reasons” to create art, to build beautiful spaces for people to inhabit, and to treat other human beings well.

Do you really think that we can apply rational standards to religion?  Isn’t the whole point of faith that it is not bound by reason?

I happen to think that the so-called “leap of faith” is a myth.  Beliefs have a certain logical relationship to one another, to language, and to sensory experience. We are not free merely to believe whatever we want about the world.  In any case, the leap of faith is doubly a myth because people of faith rely upon reason whenever they can.  The moment something in their experience appears to corroborate their faith, they seize it with both hands.  The moment prayer actually seems to work – the tumor shrinks, the child is pulled from the wreckage unscathed – people of faith are elated to find their faith confirmed. The problem is that they are not inclined to view the totality of the evidence with an open mind.  Any honest appraisal of the state of our world, or of human history, will lead you to conclude that the evidence for an omniscient, omnipotent, and benevolent Creator who takes an interest in the affairs of men and women is impossible to find.